Horsing around with lantern puppets 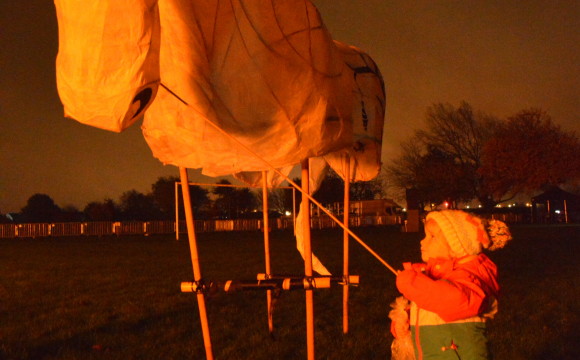 Horsing around with lantern puppets

There seems to have been a bit of a theme lately that all the Curiosity projects have involved lit lanterns. So whilst the nights are still dark, I thought I'd share a little about the puppets we made for the Goole bonfire... because there is a lovely film in the middle! Myself (Ruth) worked alongside Jess Aylen to design and make the puppets. We met up with Shooting Fish in the lovely café at Brigg and shared our initial designs and thoughts. 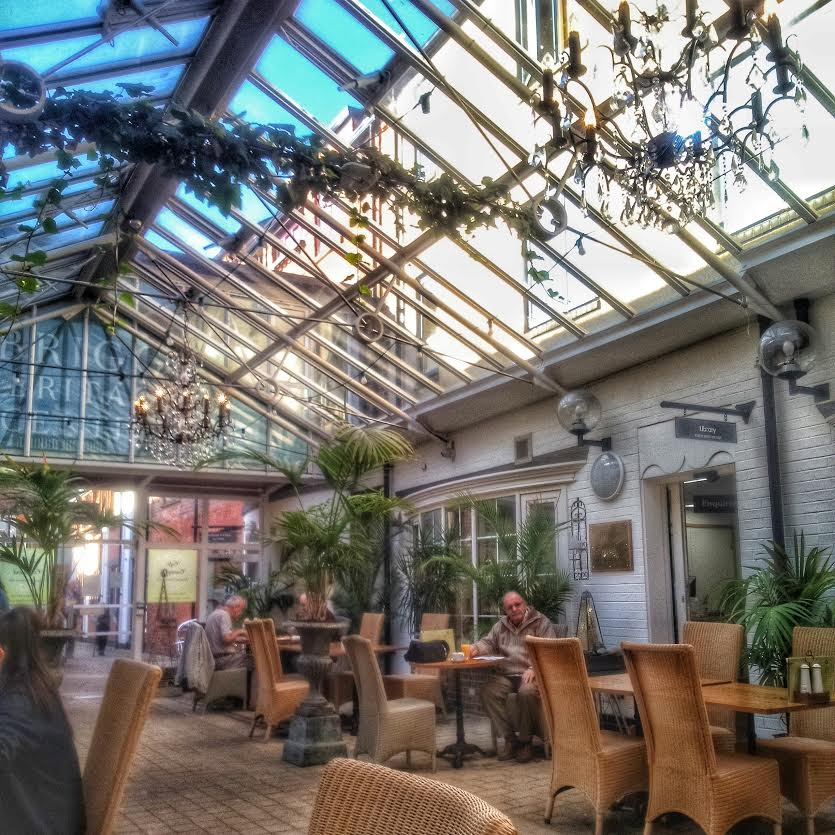 This years theme was the Goole pageant of 1926 which had taken place in the same park as our bonfire celebrations. This theme was very big so we took a small part of it and focused on the horses that had been involved in the pageant.... 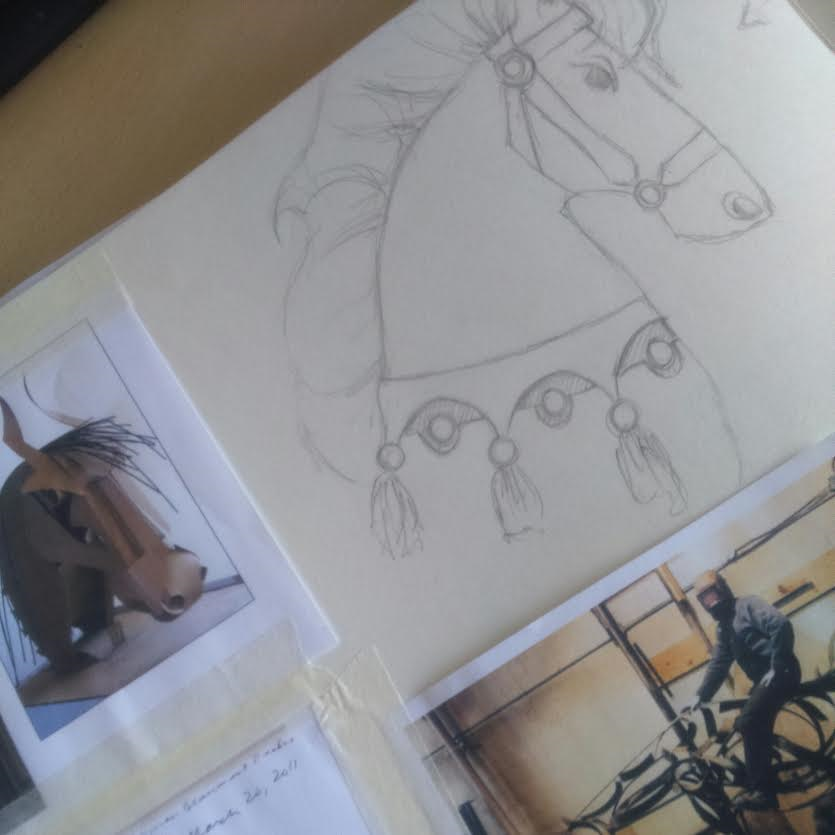 We decided that we would make 4 small puppet horses and one large horse for the event. These would interact with the crowds as people entered the event. Plus the smaller horse puppets would be involved in two staged performances before the bonfire was lit. Work began in the Junction, building the frames with willow and bamboo and then covering everything with tissue. We had some great helpers in from the local community who helped with all the papering. 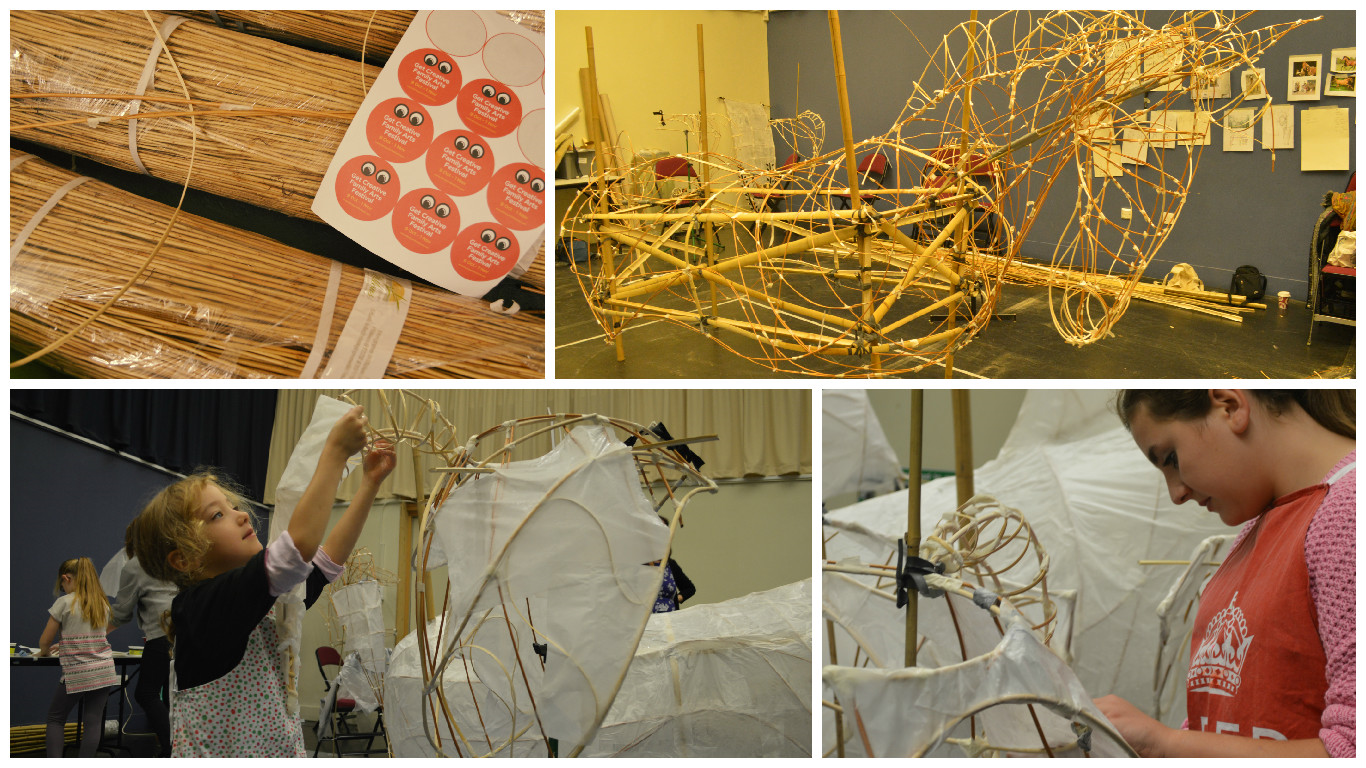 Wondering how this was all done? Check out this fantastic film made by Jess whilst we were building them all..

Once the puppets were all made there was just the little matter of the bonfire design. I had based the design on the cover of the brochure from the original 1926 pageant. Working with the fabulous Shooting Fish team we made and installed the bonfire. 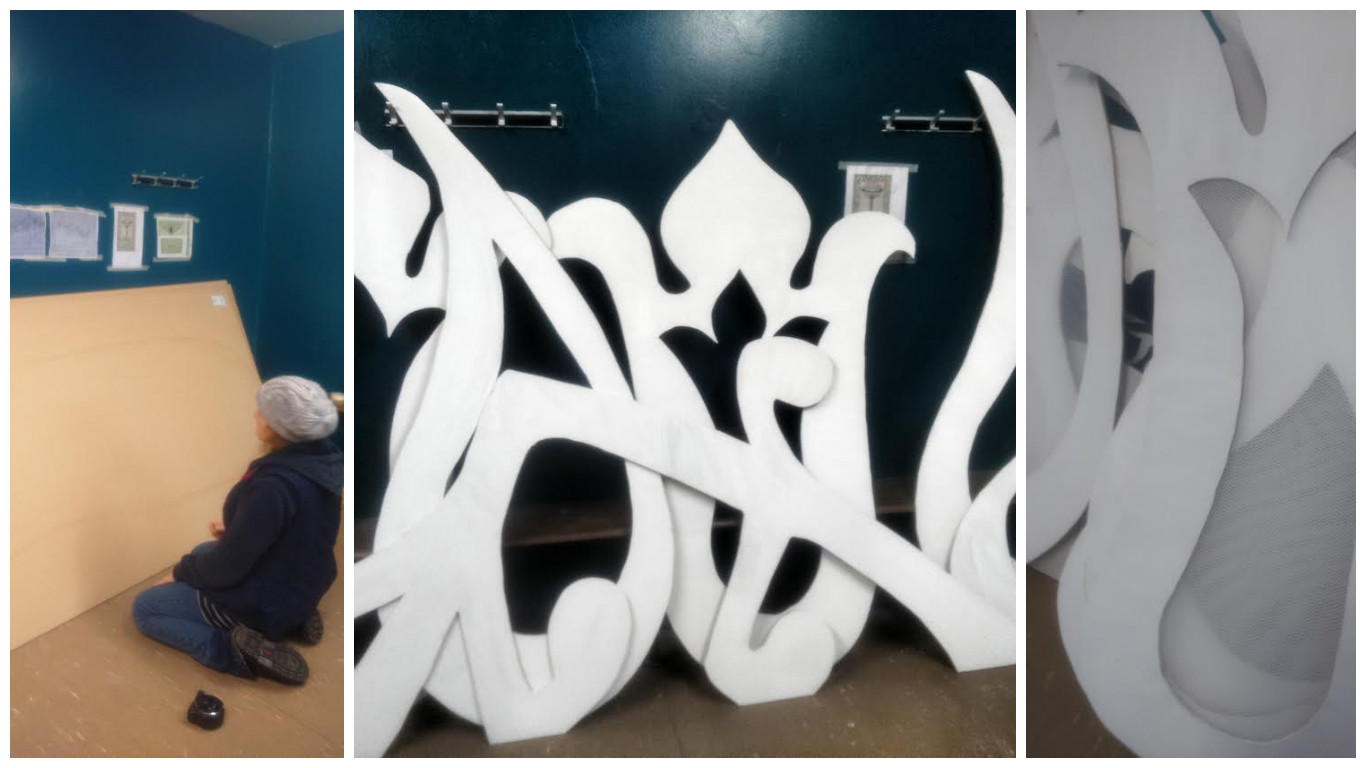 It was then time for the event. All day the weather had threatened to turn it into a very wet and muddy evening but just before the first ticket holders arrived, the rain stopped and the magical evening began. It was lovely... 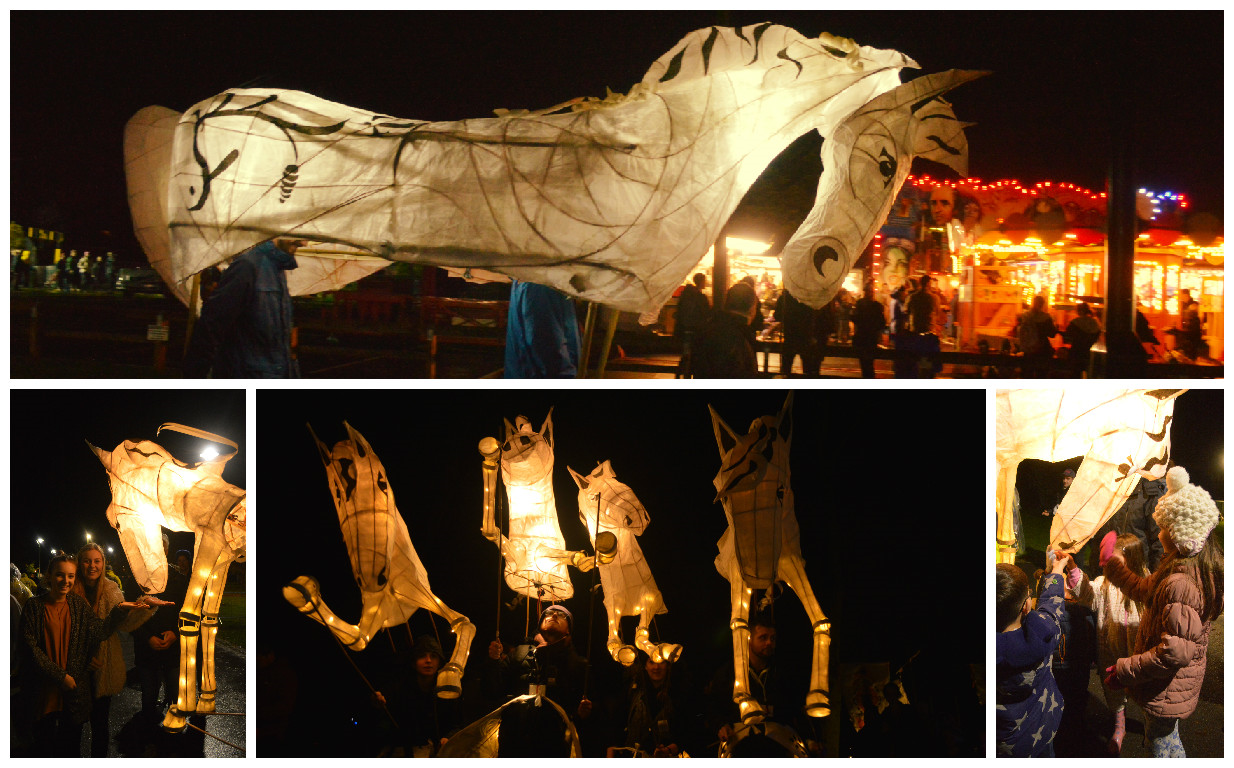 Not forgetting the bonfire 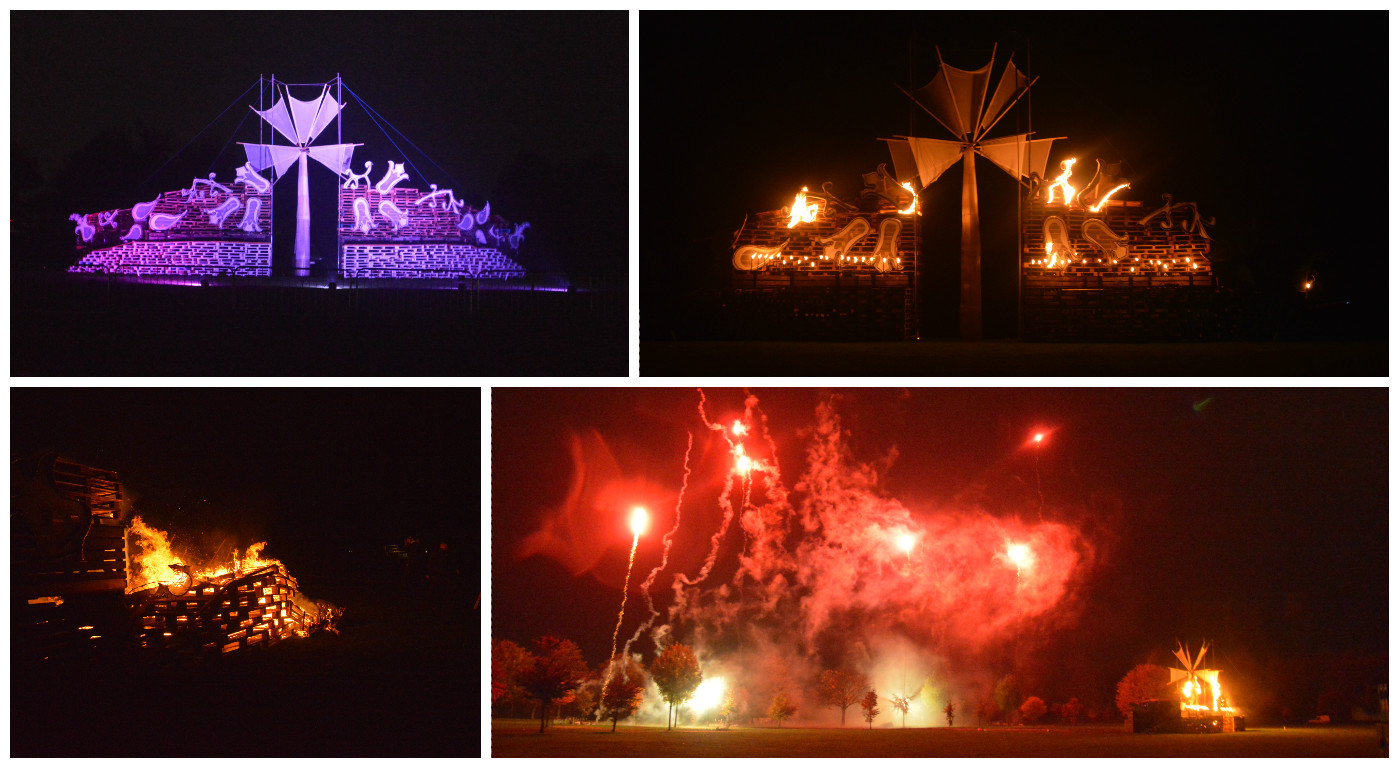 If you where there, hope you enjoyed it as much as we did. If you weren't ... then maybe you should come along to the next one - it's a wonderful night out! 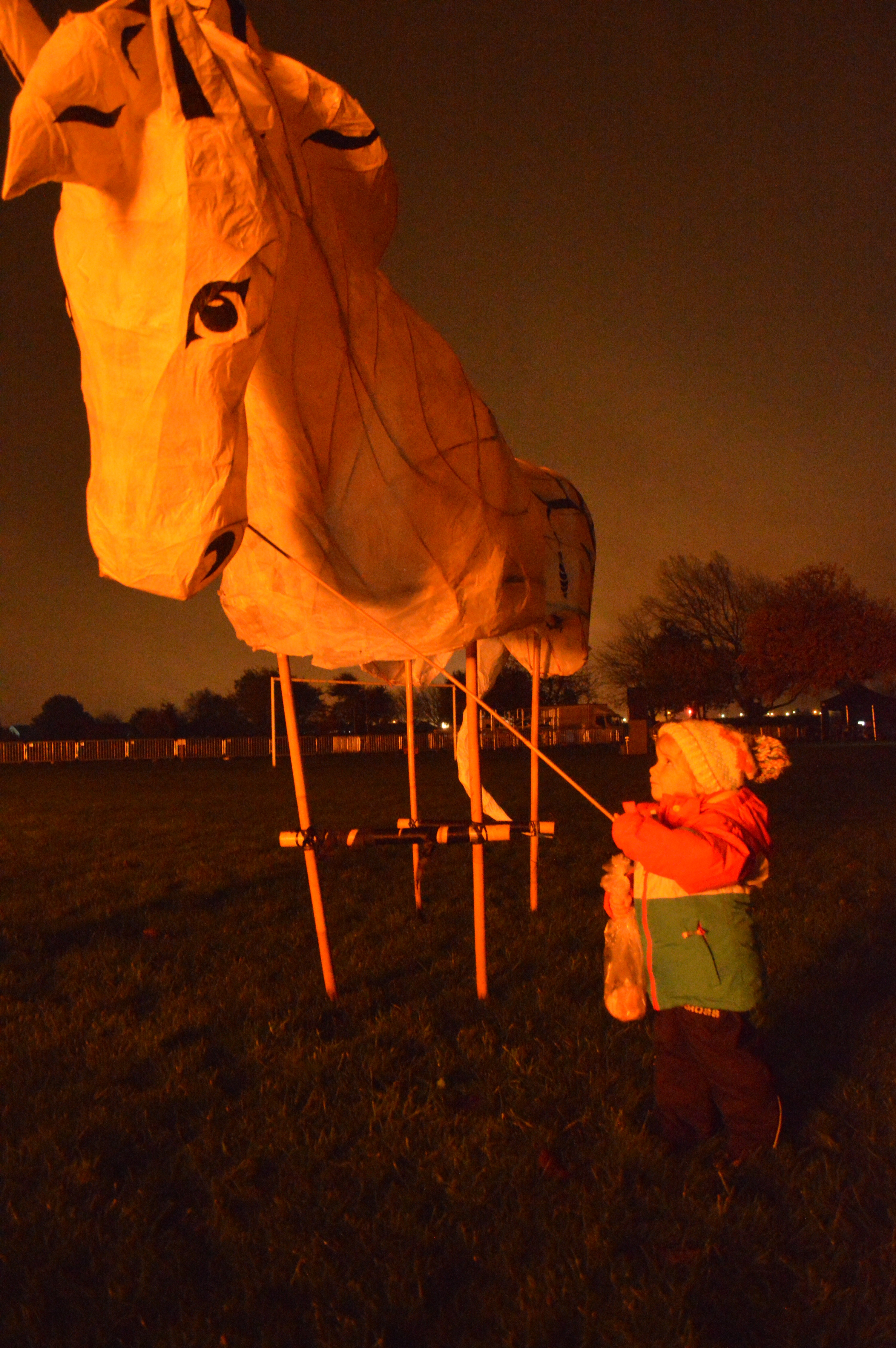 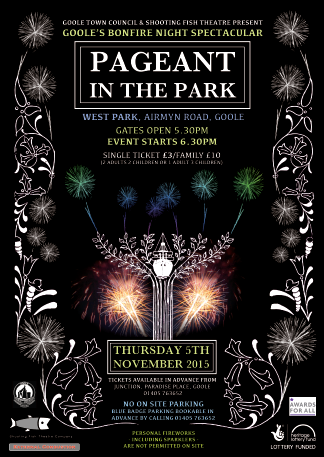