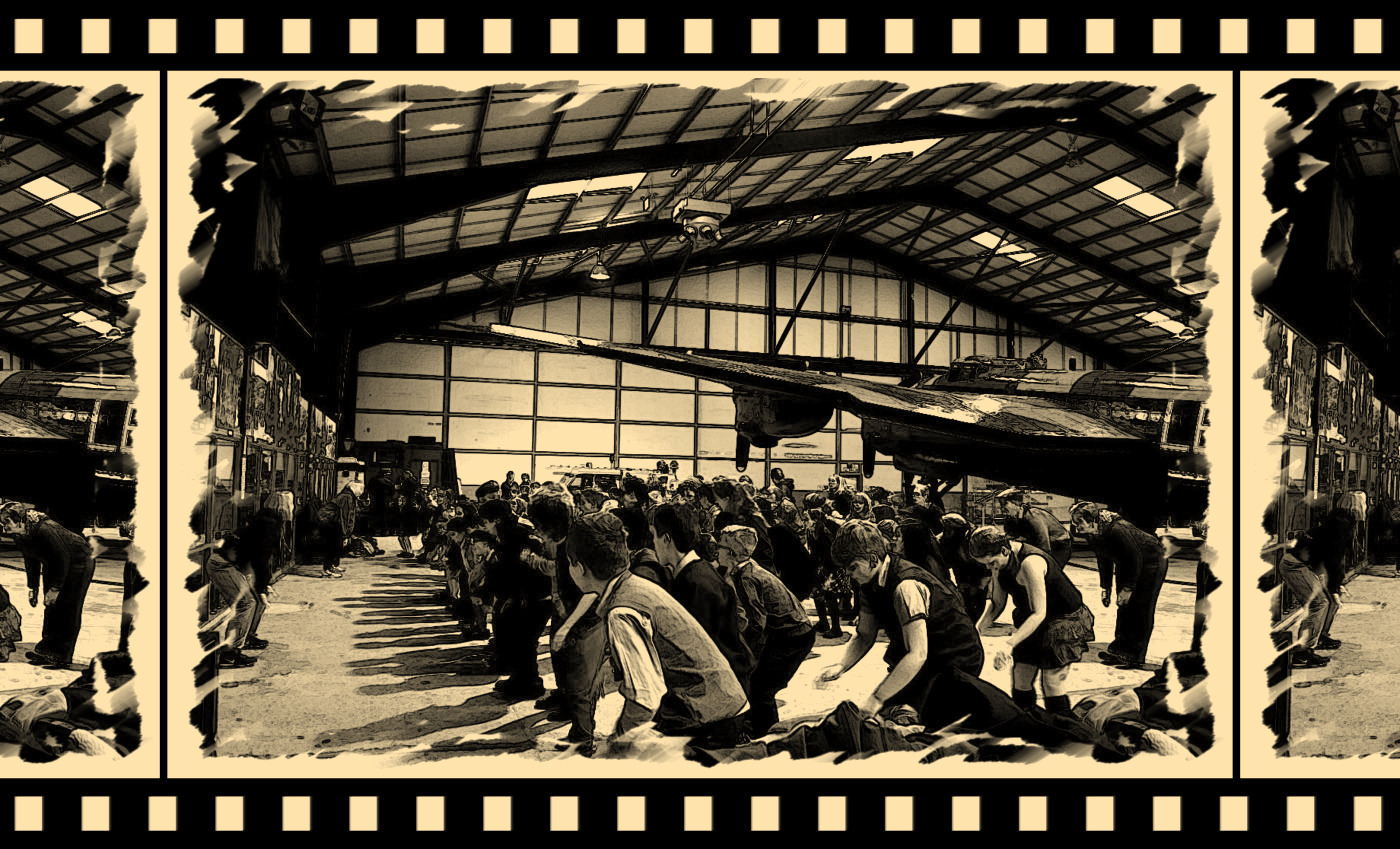 We've just had a week of celebrations to mark the end of a three year project with the Aviation Heritage Lincolnshire team, led by the wonderful Sue Miller. Sue has put together a fantastic programme of events over the years that have brought the history of the Lincolnshire aviation sites to life for numerous schools within the county. How do you end a successful programme that has worked with thousands of children? Obviously with a 1940's style Jamboree! 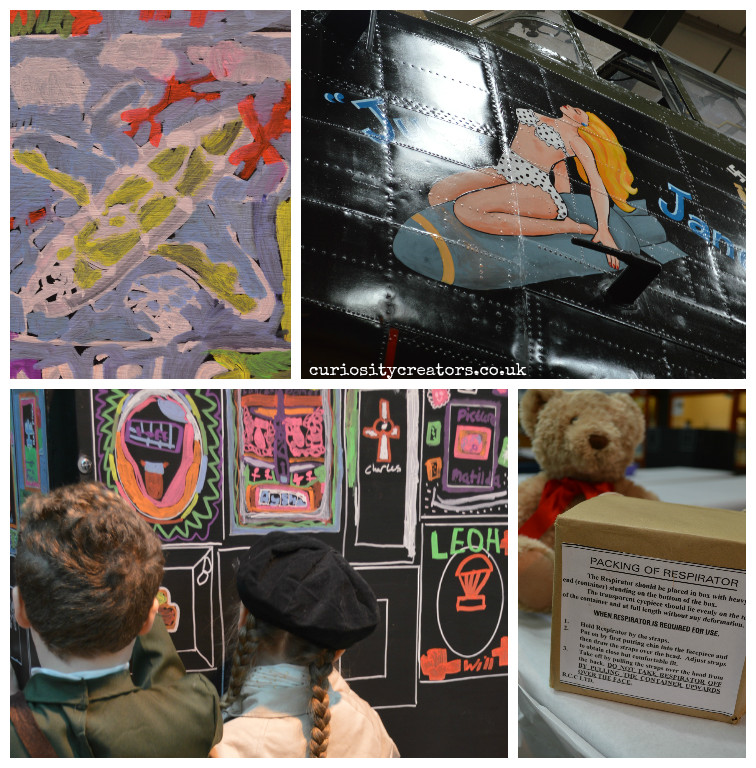 Each day began at East Kirby under the watchful eye of Just Jane, the mighty Lancaster bomber. Three schools gathered inside the hangar to then learn a tea dance with Street Beat, to begin a day set to the music of the Benny Goodman Orchestra. Some of the schools where even dressed in 1940's style, which included children having Name labels and gas mask boxes. 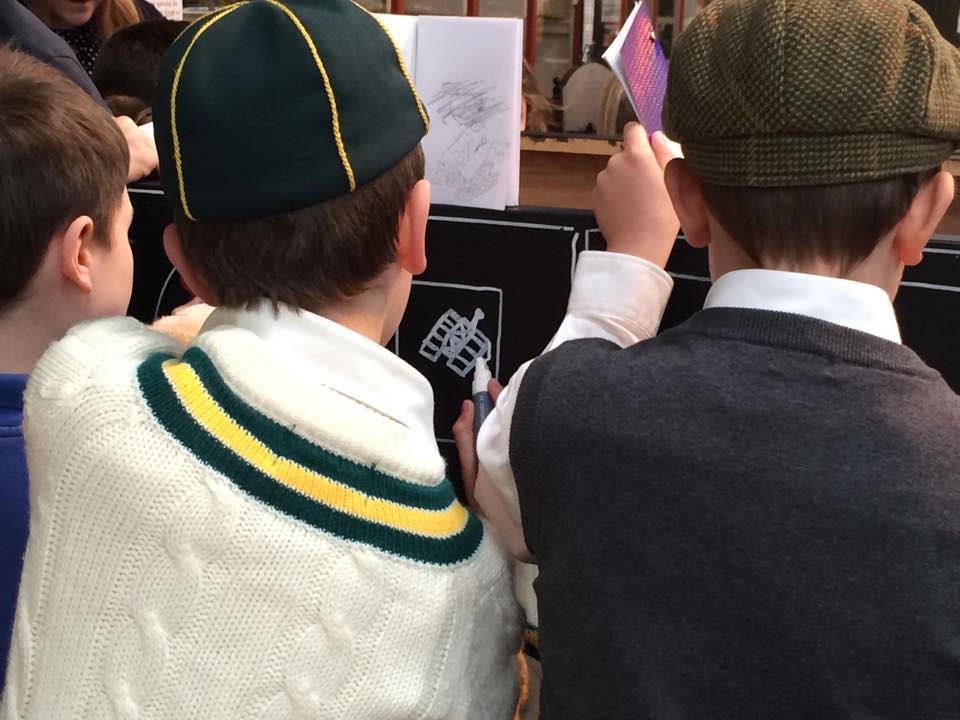 The children then went to three workshops throughout the day. With myself,  they made sketch books so they could explore the hangar and the many stories within it. The hangar is full of personal histories from the different squadrons, collections of original equipment and books, a bouncing bomb and of course is home to Just Jane.

The sketches and research the children did were then turned into a fantastic bright artwork using liquid chalks on our Curious Cubes. These were displayed so everyone could see the various  broad ideas and inspirations the children had sourced - from pilots, parachutes, aeroplanes and bombs to shaving brushes and sausage ration tins! Fantastic ideas appeared from these insightful children over the whole three days. 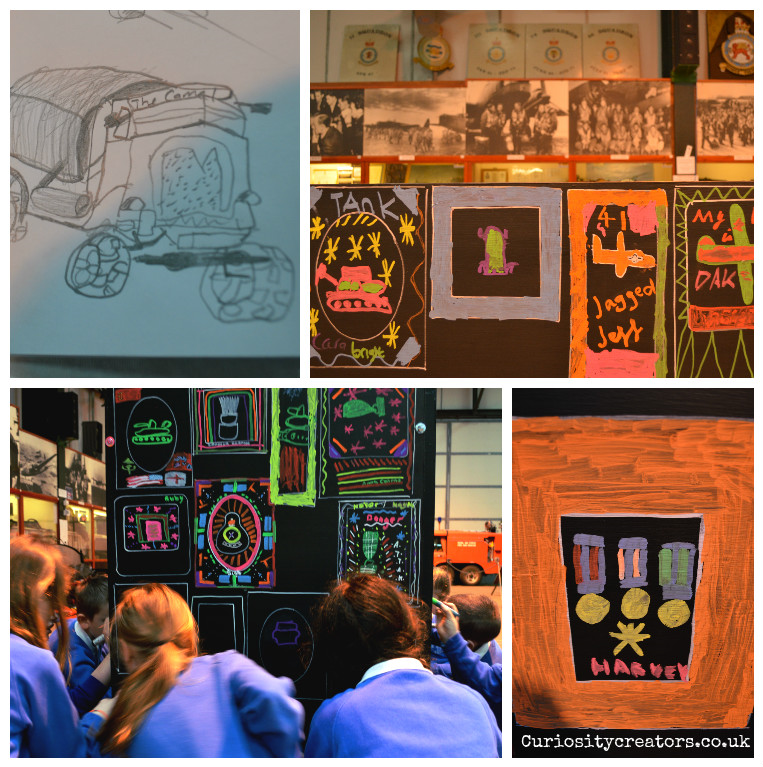 They also had a chance to work with the fabulous author, Georgia Twynham , who worked with  the children to write thank you cards to all the men who are named inside the Memorial Chapel. The chapel displays the names of all the aircrew and ground crew who died from RAF East Kirkby during the Second World War. Some beautiful and eloquent thoughts where written and all these cards remain on display within the centre for visitors to see. 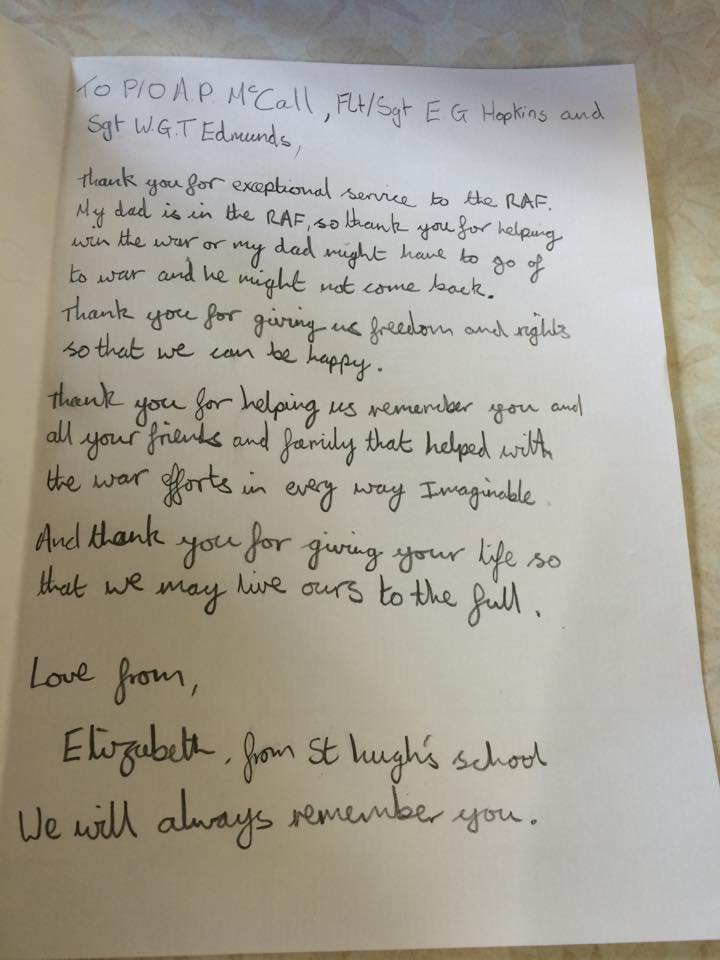 Finally the children also worked with Sarah from the Young Journalist Academy. The briefing room turned into a newsroom and the children were set to work. Within the inspiring surroundings they created a headline and front cover for a newspaper exploring the time and experiences they have had during the length of the 3 year project.

That's a lot to do each day, those kids were busy - but what did they eat to help them keep up their energy I hear you cry?! Very thoughtfully Sue's team had organised a 1940's style rationed lunch! each within its own gas mask box. A box of delights ... if you like Spam sandwiches!

An inspiring week! Plus all the children have completed a Discovery Arts Award whilst they were with us - 300 arts awards will be making their way to each of the schools - well done everyone!!