If you haven't seen him, here is our handsome Red Arrows Baron 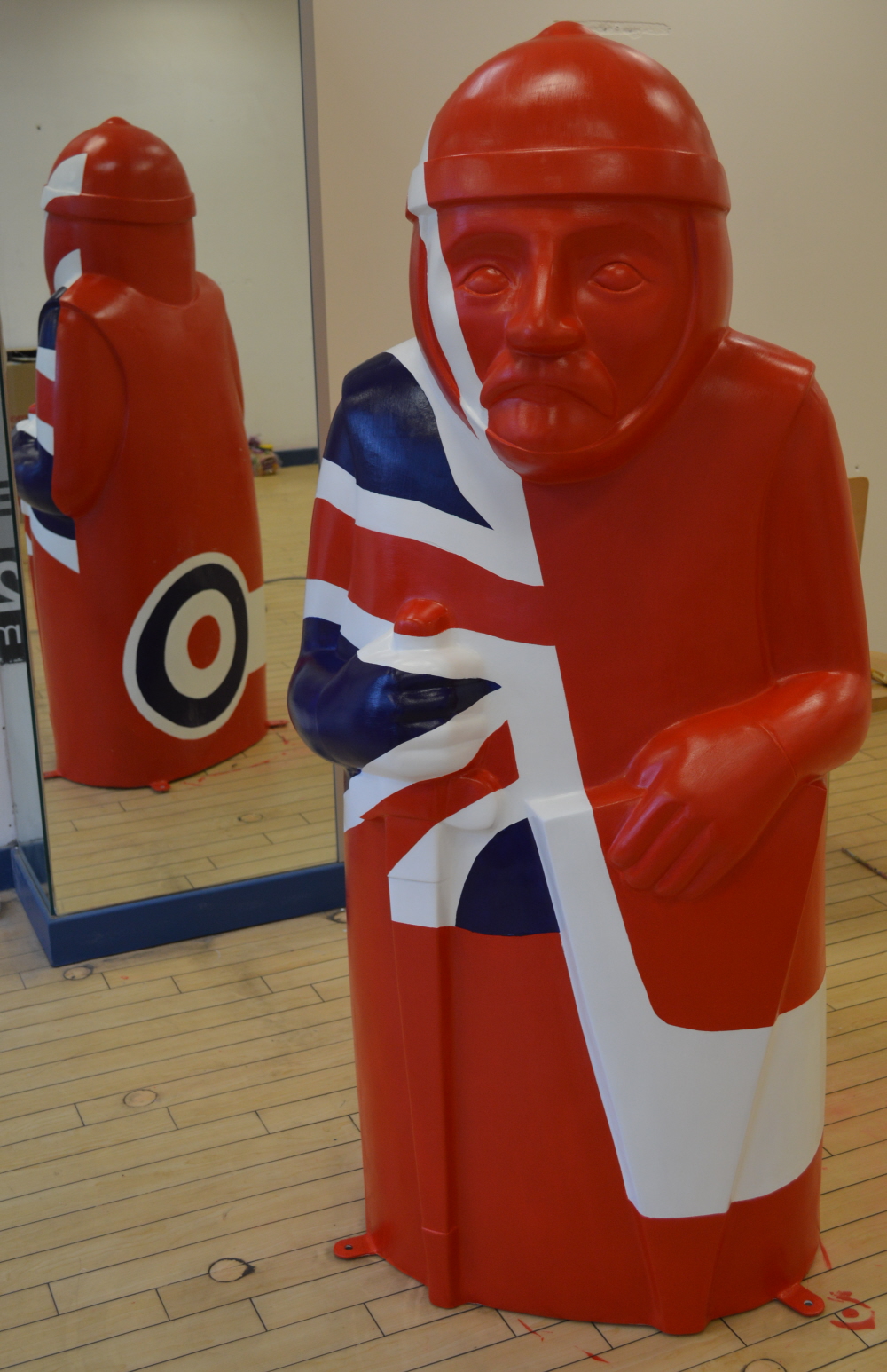 In the empty shop studio. Photo by Ruth

He started off as a design on a piece of paper that was sent off with a sprinkling of hope to Lincoln Big. Fingers crossed whilst we waited to see if he would be picked by one of the sponsors. 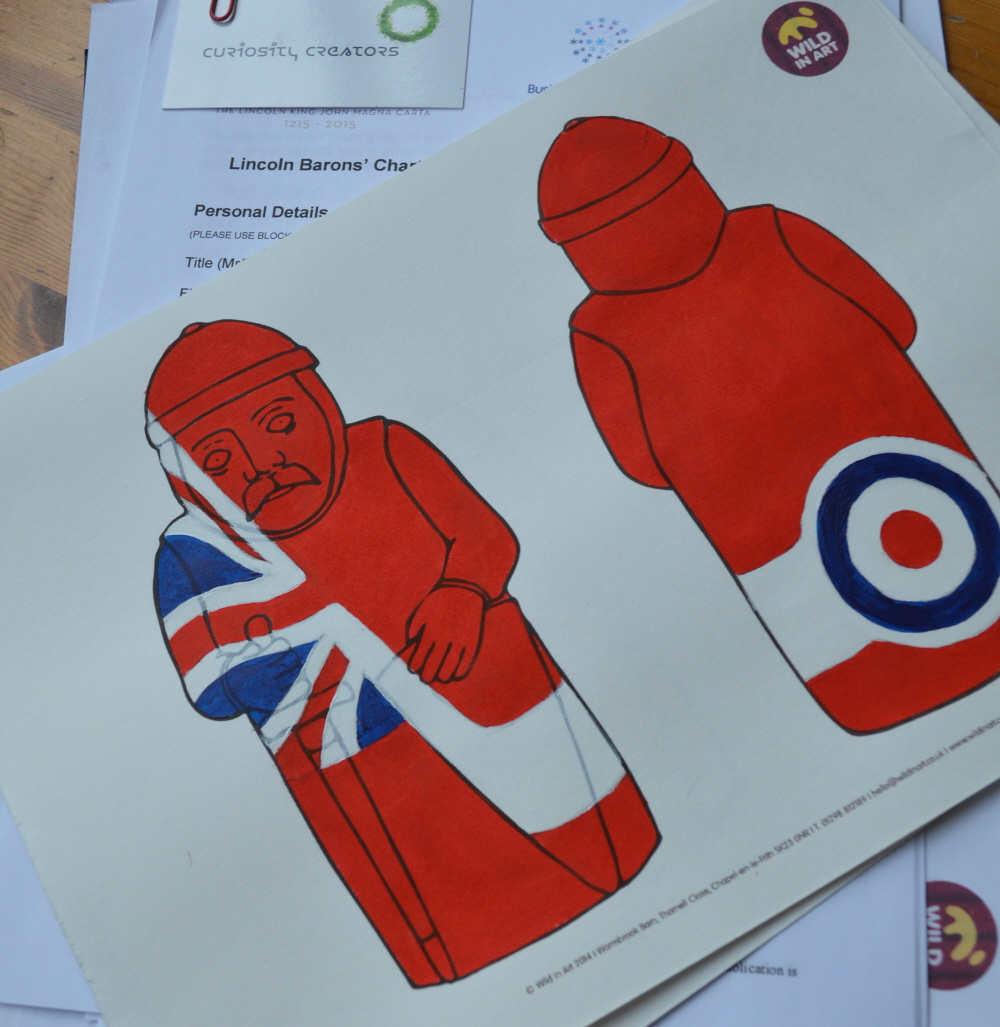 He was picked by Virgin Trains East Coast and so the painting began. We settled into the public painting space on the High St in Lincoln, it was a lovely time shared with some great people. 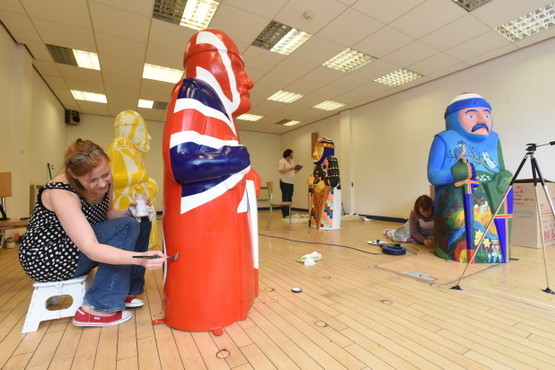 In the empty shop studio. Ruth was working here with Lizzy Mason and Lesley Ann Withers. Photo by John Jenkins

He was designed by Ruth Pigott who painted him alongside 10 other hands, to see a little more of his story there is a little info here and also the wonderful Youtube film by Alan Noble...

And in case you are wondering where to find him in the Lincoln Baron trail, he will be near the train station. Download the trail map here.

But do you know that before he was installed here, he has had 2 jollies?!  He has travelled in style with his sponsors Virgin Trains East Coast to London's King Cross. Twice. Because once wasn't enough! He has done a brilliant job of promoting Lincoln, Lincoln rail and the Lincoln Baron trail.

He's very thoughtful and left me a little note after he went off on his first visit! 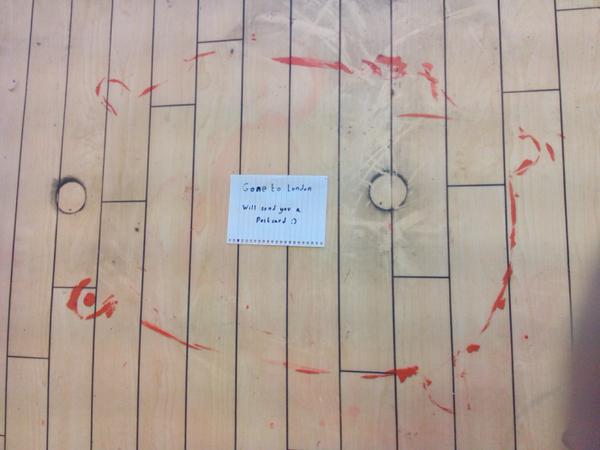 Found in his spot in the empty shop studio by Lizzy Mason!! 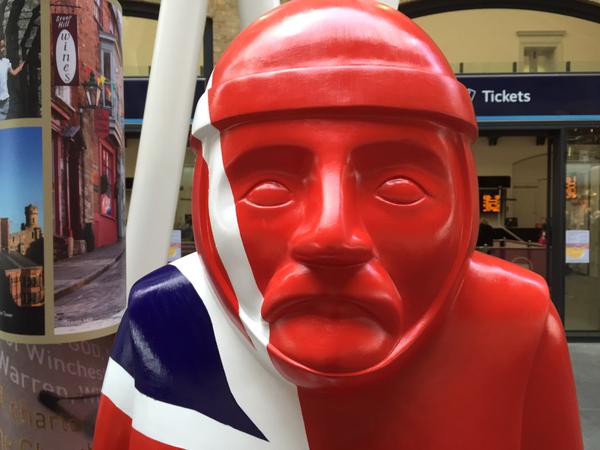 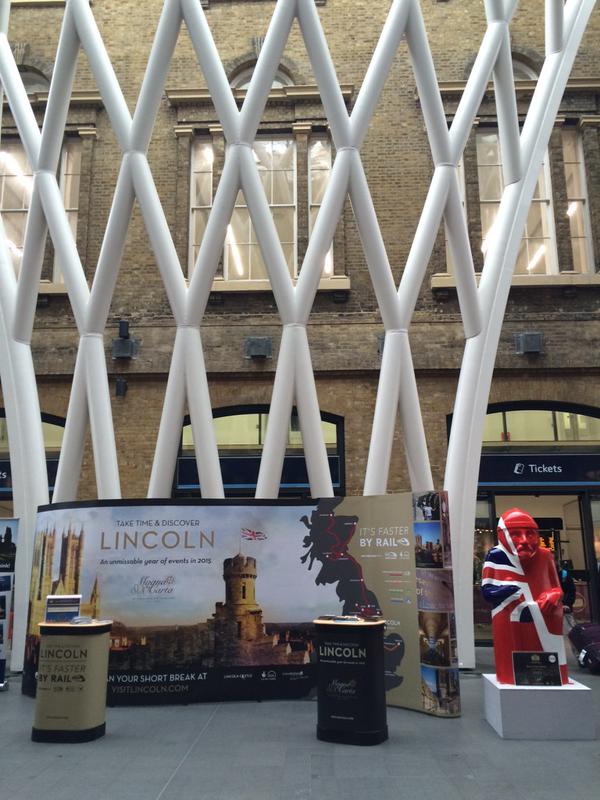 Did you spot him when he was in London? 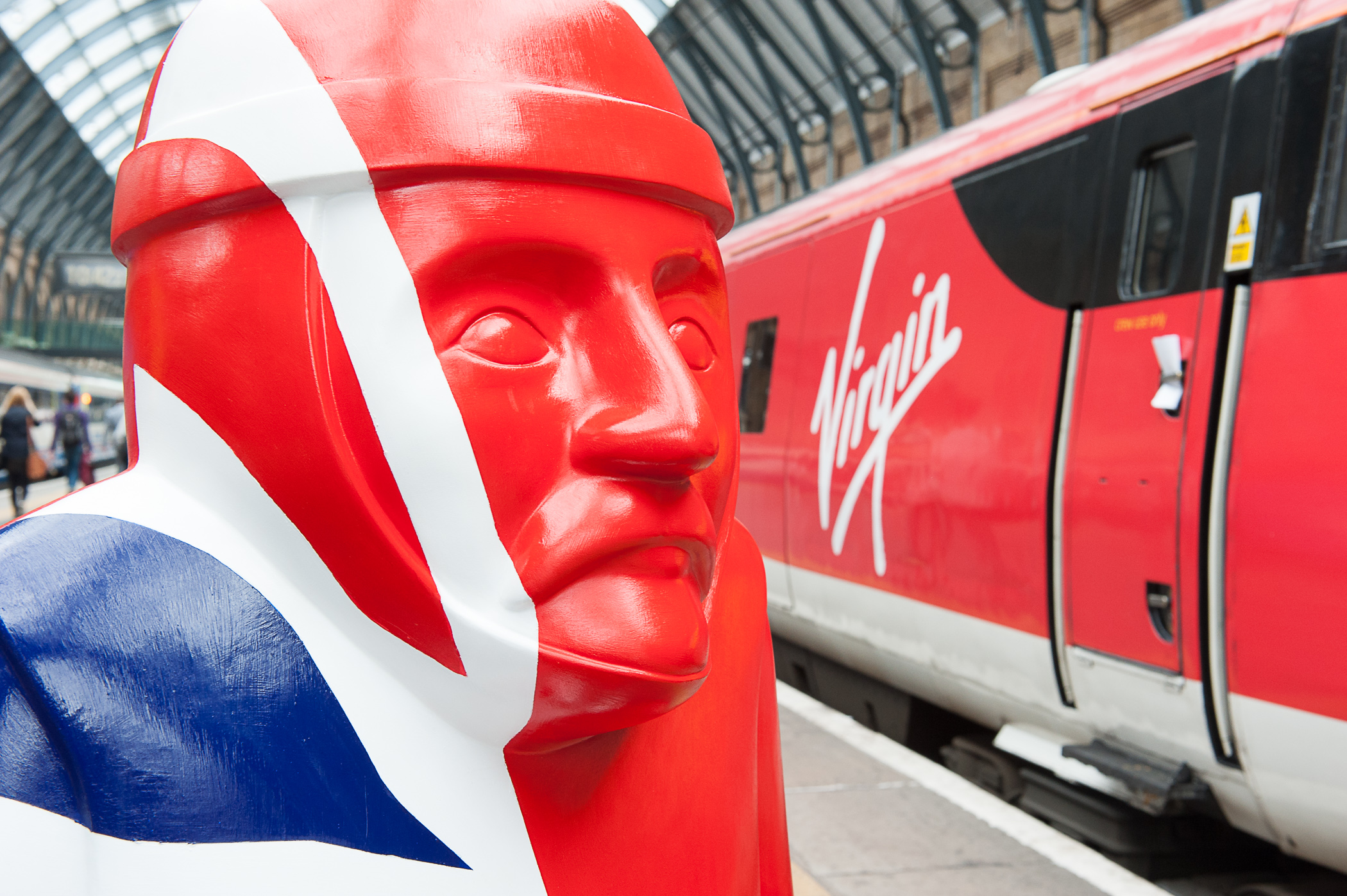 The second time he went to London, he took a friend! Here he is with Construction Baron by Peter Segasby 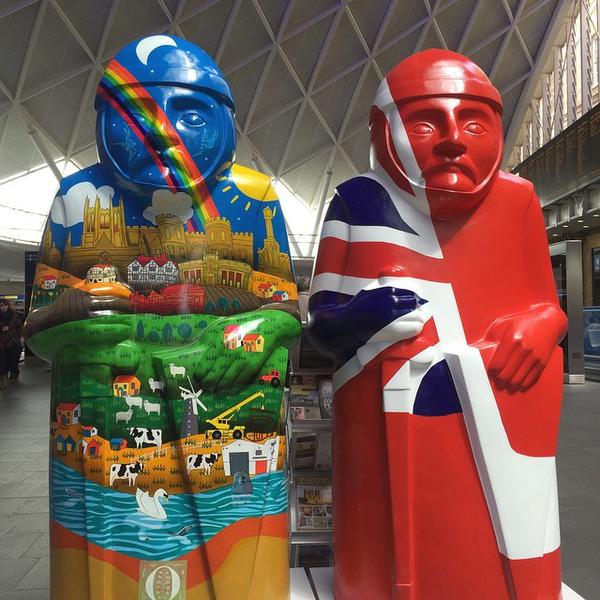 He even made it into Westminster whilst he was in London! 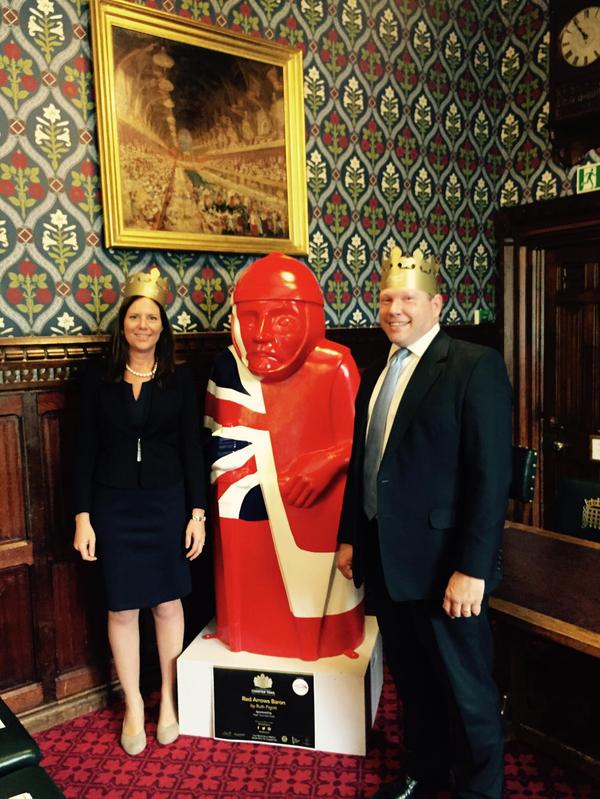 Our Red Arrows baron missed the press launch night because he was too busy swanning about in London but that night there was a rare moment when all the other fabulous barons were altogether. 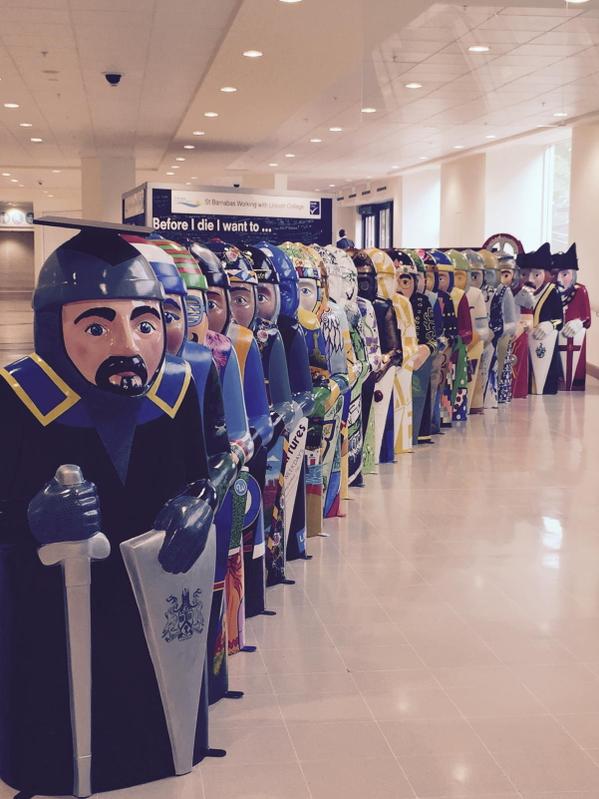 Photo at the launch night by Emma Tatlow

He is back in Lincoln now with the 24 other rebellious Barons. The trail is from Sat 13th June until September so make sure you go and see them whilst looking around the beautiful city of Lincoln. You can meet the other barons here. 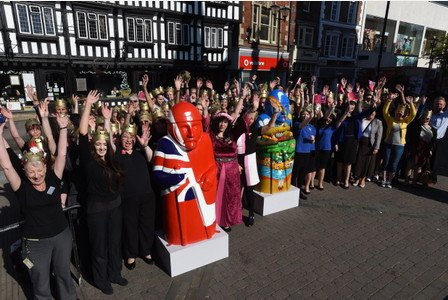 Back in the heart of Lincoln

When he was at Lincoln Castle ... 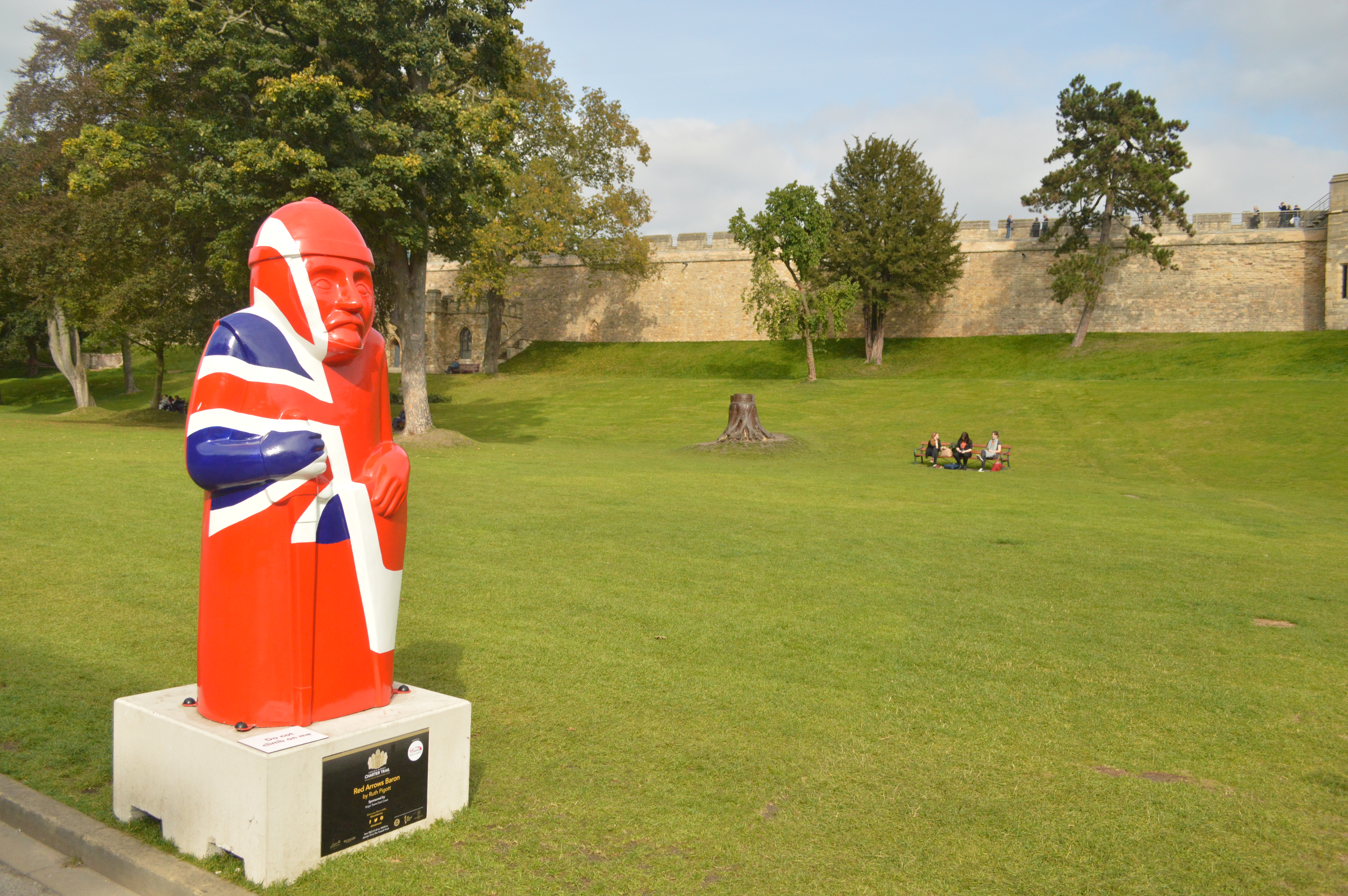 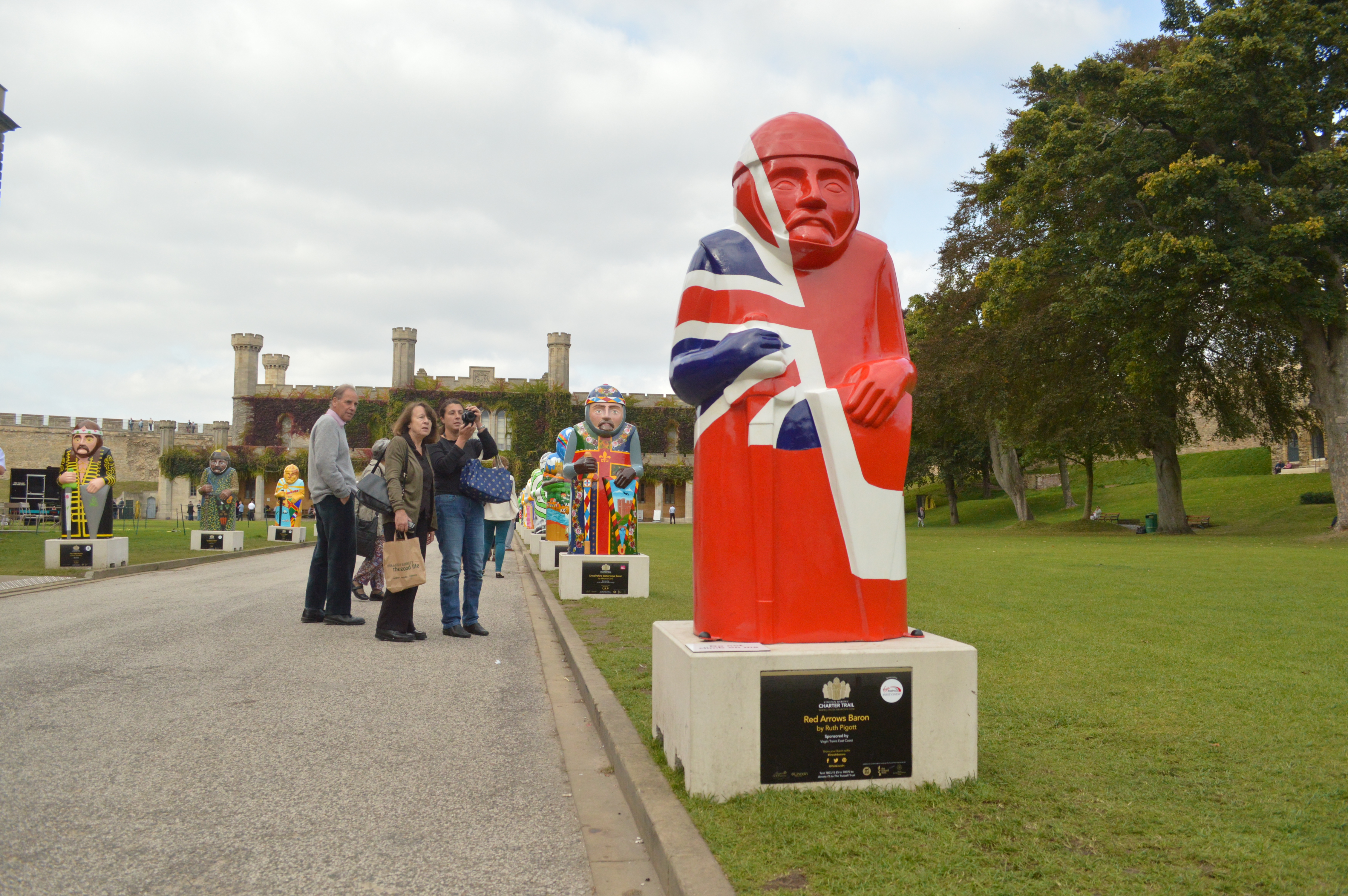 Hope you enjoyed Baron spotting during the summer.